Woohoo!!! We made it!!! We actually got to the Jablonski's place!!! After getting the RV all fixed up and a great night's rest at the Best Western Canterbury Inn in Coralville, Iowa, we hopped back on the highway. After a missed exit, we arrived here and are very much so enjoying the first night of our visit. We haven't seen the Jablonski family in about 12 years, since we were living in Camelot up in north Spokane. I cannot really think of anything else that happened today because I am too excited and sleepy :P so I will post other information and photos tomorrow!
written by Nick Johnson at 02:37 No comments:

Yesterday I posted that we were going to try to be in Milwaukee tomorrow night, but today we were making great timing and were on track to get there sometime this evening... that is, until our cab air conditioner completely shut off and the bearings in the alternator started to go bad. Mind you, this is a fix-or-repair-daily that we're driving... Anyway, right now we are stuck in Coralville, Iowa, which is near Iowa City. We did though find a silver lining to this, because there is a really awesome hotel here: the Best Western is medieval themed and has an amazing restaurant called the House of Lords in the basement. The whole feel of this place is really nice, and I highly recommend it to anyone who needs to stop in this area.
As for the schedule, we are probably 4-5 hours away from Milwaukee, and then another distance and time to the Jablonski's place.
Today wasn't completely un-fun. Alex got to play with my camera a bit... 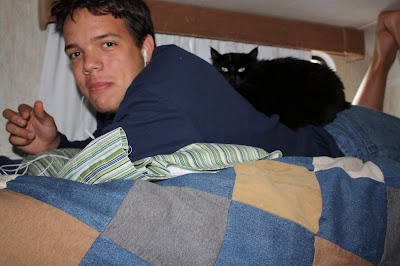 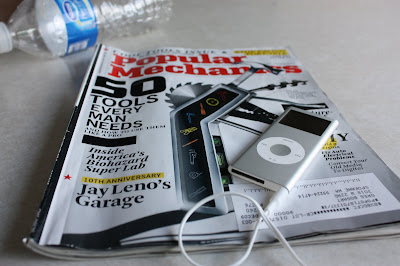 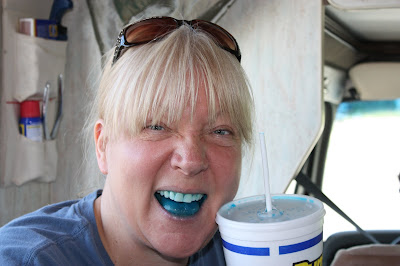 written by Nick Johnson at 00:56 No comments:

Today is the eighth day of our road trip, and we are staying at my great aunt Mary's house here in Wichita, Kansas. We had a lot of fun just hanging out today, got to talk a lot. But we also had to take Scott to the airport because today was his trip home. It was a lot of fun having him with us and we are going to miss him a lot.
This is a photo of the four of us with my dad's aunt Mary and cousin Carla.
I also got to try out Gelato for the first time at Mead's Corner, a local coffee shop. The Italian spin on ice cream was absolutely delicious!!
We also found out recently that we will not be going to Tennessee tomorrow to visit Uncle Carl and his family due to a scheduling error... Our road trip was pushed ahead by 2 weeks, and in the chaos and confusion of packing between the vacation and road trip, we forgot to let them know, so naturally conflicting plans ensued. Now we will be going on to the next part of the trip. Tomorrow morning we will be headed directly up to Wisconsin to visit the Jablonski family. We should be there Wednesday evening. Tomorrow will be a "travel day" so it will probably be boring and uneventful. But at least we will be out of the Kansan humidity!
written by Nick Johnson at 00:08 No comments:

First off, I was not able to post Day 7 last night because I could not find WiFi, and I was a little sick after I ate. Other than that, yesterday was totally awesome! The Nagely Family Reunion went well and I did get photos of everyone. 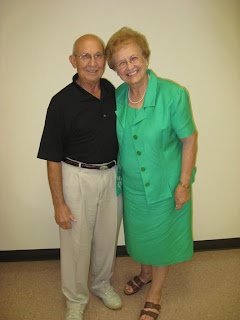 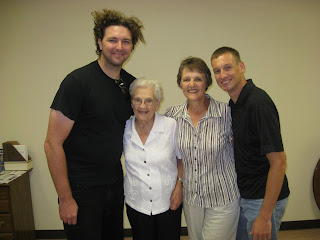 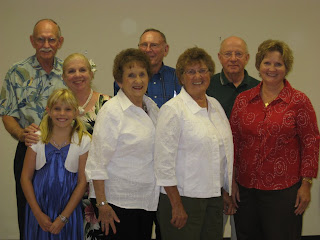 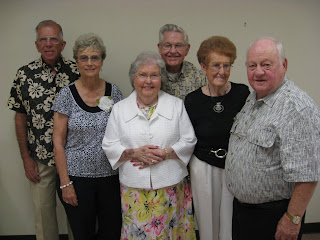 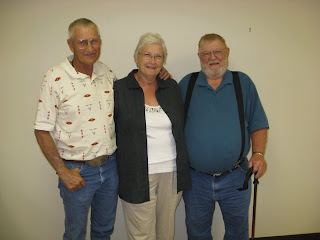 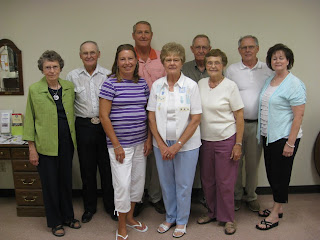 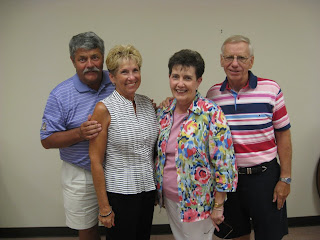 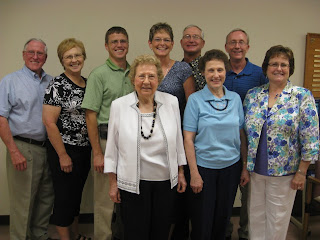 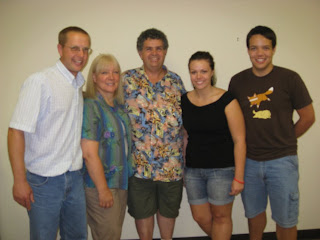 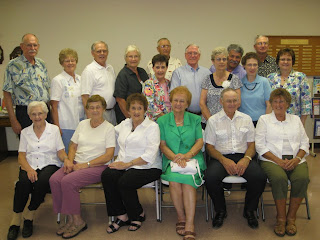 After the reunion, we headed south to Wichita to visit my Great Aunt Marry and cousin Carla on my dad's side of the family. I will post those photos on today's post later tonight.
written by Nick Johnson at 15:52 No comments:

So here we are in Salina, Kansas. It is humid, hot, windy, has tons of bugs, and this place is flat. I mean flat. I really didn't understand what flat meant until I got here. The sad part is that I don't even have any photos to post from today! I really don't enjoy this place all that much, but it is totally worth visiting when I have an entire family showing up for a reunion that goes back to my great great great grandfather... or something like that. All I know is I am hanging out with my 3rd and 4th cousins right now. Tomorrow at the reunion I will take lots of photos to post on here, and hopefully I will get everyone's names to caption the photos.
I just want to post some type of graphic, so here is a map of Kansas with Salina marked out.

p.s. there is something nice about Kansas... the clouds and lightning here are really cool looking :)
written by Nick Johnson at 01:45 No comments:

The fifth day, like many others, started off with me waking up to the movements of the RV as dad pulled it out of the camp before any of us were up. We ended up arriving at the campgrounds after the office was closed, and left before they were open. When we finally stopped to have breakfast, we were in a small town in Wyoming called Rawlins. The breakfast was decent enough. 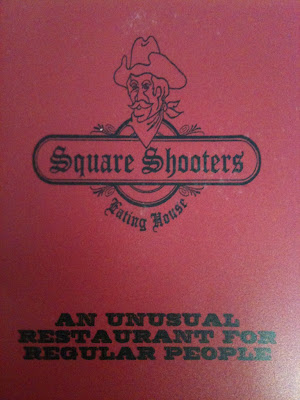 While there, we visited the Wyoming Frontier Prison Museum, an old state penitentiary. 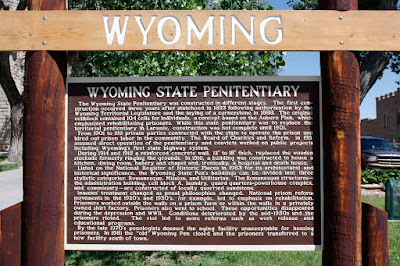 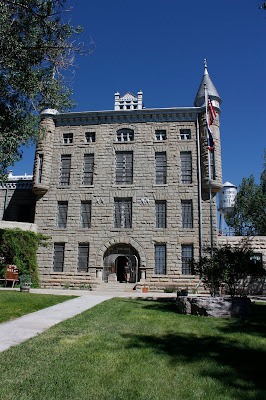 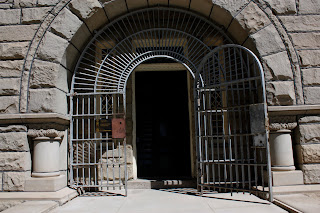 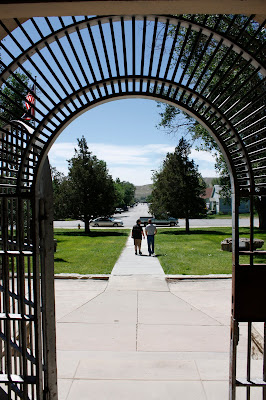 From Rawlins, I was forced to drive to Laramie, WY. Then dad took over and we went south into Colorado. 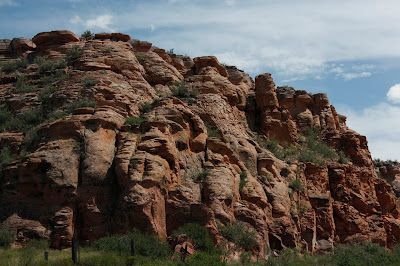 We just kept pushing on past Denver and found ourselves in stop-and-go traffic in Fort Collins, so we took a break. Alex got her Starbucks while Dad and Scott checked out a Culver's. 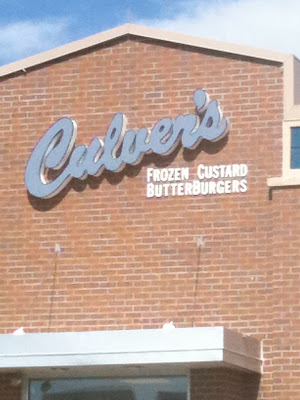 Apparently this place is like a Dairy Queen on steroids. The "butterbergers" threw me off, so I didn't go in, thinking that it would be serving a "burger" of southern style, deep-fried, and battered butter, but with buns and cheese. 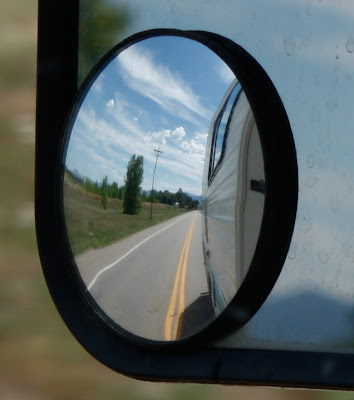 Now we are in another KOA in Strasburg, Colorado. I think we really like these KOA's. They all have nice amenities, like electricity, water, WiFi, pools, etc.
written by Nick Johnson at 02:30 No comments:

Wow. It is already the fourth day of our trip! As I type, I am on my bunk in our RV at a KOA Kampground in Rock Springs, Wyoming. Earlier today we left Yellowstone and went through the Grand Teton National Park. 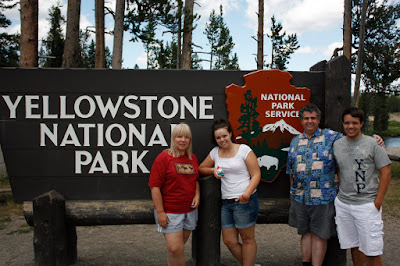 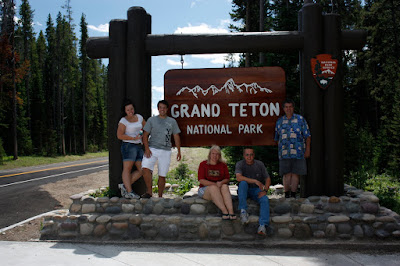 We had a good drive, and I got a couple more awesome panoramas.

A short while after I made these panoramas, I found an old settlement. It proved to be a neat place to take a couple photographs. 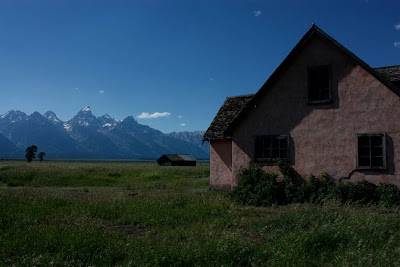 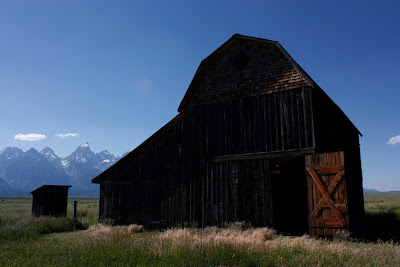 written by Nick Johnson at 04:41 No comments:

Day three started off nicely because I got tons of sleep. I probably awakened around 0930-1030hrs. This day we specifically intended to visit the Old Faithful geyser. After all, who goes to Yellowstone National Park and doesn't see it? While we were there, my grandparents and cousins were watching us on the live geyser webcam [link]. It was really funny because we got to see other families standing in the same place waving at the camera and calling their loved ones, letting them know that they are live on the internet!
After watching Old Faithful erupt on its ever-so-predictable 90 minute schedule, we proceeded to visit all of the other geysers. The loop was long and well worth the walk.

After leaving the geysers area, we got some ice cream and headed back to the campsite. Along the way, I took this photo. It is one of the most beautiful panoramas I have made yet.

written by Nick Johnson at 03:38 No comments:

The second day of our tour was somewhat interesting in that I was awakened by the motion of our RV pulling out of the "Wal-Mart RV Camp." When I was finally completely aware and awake, we were traveling through the rest of the Montanna part of the trip. There isn't much to say because not much happened.
When we finally arrived at Yellowstone, it was around dusk and the wildlife were exteremely active. We got a lot of amazing photos (which I will post when I get some wifi. If you can't tell already, I am blogging from my phone :p ). We finally got to the RV campsite late and ate dinner around 2300hrs. That's pretty much the summary of day 2.
written by Nick Johnson at 01:27 No comments:

Well! We are officially on the move!! Yesterday we spent all day cleaning and finishing up packing the house while the movers packed everything into the epic-sized semi. We hit the road in the overstuffed recreational vehicle around 2000hrs after visiting our grandparents one last time. Later that night at 0300hrs mountain time, we stopped by a KOA in Missoula, Montana. Since the grounds were full, one of the guys in charge let us access the showers and then we stayed at the Wally World RV camp. There is a cry ordinance in Missoula that is suppose to prevent that from happening, but when we got there, at least 40 other RVs were already there, taking over the parking lot! We got a surprisingly good night :)
written by Nick Johnson at 20:41 No comments:

Well, the time has finally come! I am moving to Maine! As for NovaLAN, it will now be headquarted in Presque Isle because that is where I will be living, but it will keep its connections with the Spokane area. One new goal of NovaLAN is now to host cross-continent LAN parties! It will be a small challenge and probably prove to be more fun that anything!
written by Nick Johnson at 05:14 No comments: